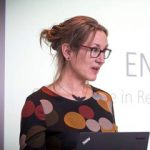 – Professor, PT, PhD. Graduated with a BSc in physical therapy from the University of Iceland in 1992. While practicing in the States pursued a diploma in manual therapy and MHSc and after a few years in Iceland moved to Delaware to pursue a PhD in the area of movement science, focusing on knee dysfunction relating to knee osteoarthritis. Since 2008 she has been teaching and supervising research at the University of Iceland in Reykjavik, primarily in the area of orthopaedics, and collaborations include research in the area of prosthetics and orthotics. Her main interests are to examine lower limb injury mechanisms within the context of injury prevention and influencing progression of osteoarthritis. She supervises projects at the BSc, MSc, and PhD level, and currently chairs the department of physical therapy at the University of Iceland. 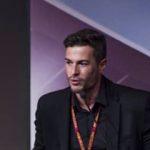 – PhD, is a S&C coach and researcher. Originally from Barcelona he received his Bachelor’s Degree from the National Institute of Physical Education and Sports from the University of Barcelona. Later he completed two MSc, one of those in high performance sports training from the Spanish Olympic Committee in Madrid. At that time he was a national level sprinter and an athletics coach of international athletes under the mentorship of the Dr. Josep Maria Padullés. In 2013, Gerard obtained a grant to pursue a PhD under Dr. Joan Aureli Cadefau mentorship. His PhD was focused on muscle damage assessments both in field and laboratory environments. Part of his PhD was developed in the Physiology Department of the Faculty of Medicine from the University of Barcelona. Later he joined the FC Barcelona as the athlete monitoring responsible for the professional sports sections (football, basketball, futsal, handball and rink hockey) from 2018 to 2020. During this period he also was the head of the Sports Performance Area in the FC Barcelona Innovation Hub, an entity created with research and innovation purposes in the sports elite environment. Nowadays Gerard is a lecturer in the School of Health Sciences (TecnoCampus) as well as consultant in sports performance and applied physiology in different sport clubs. 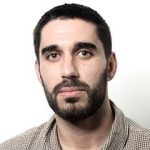 – BSportSci, PT, MSc, PhD, studied Exercise Sciences and Physical Therapy at the University of Barcelona, where he obtained his Master Degree in Physical Activity and Health. In 2016, he received his Ph.D. in Sport and Exercise Sciences. Currently, he is an assistant professor in Exercise Physiology at EUSES-University of Girona (Spain), member of the Complex Systems in Sport Research Group (University of Barcelona, Spain), and Visiting Researcher at the Laboratory for Network Physiology (Department of Physics, Boston University, USA). As for his scientific experience, the focus of his research program is to study how different physiological systems interact during and as a consequence of exercise and therapy. They initially proposed a novel variable, cardiorespiratory coordination, which offers information regarding the degree of connectivity between cardiovascular and respiratory systems during cardiorespiratory exercise testing, with promising results. Currently, he is working on the analysis of inter-muscular and inter-organic connectivity during exercise in different types of populations, with the aim of designing a functional assessment tool to improve training interventions and prevent overuse muscle injuries. At a professional level, he has also worked as an applied strength-conditioning coach and sports physiotherapist during the last 12 years. His experience is mainly focused on the Fitness and Wellness Industry, treating a wide range of patients and athletes- from high-risk populations (neuromuscular disorders, autoimmune diseases) to athletes (motor, combat sports). 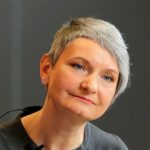 – Associated professor, dean of the Faculty of Rehabilitation at Rīga Stradiņš University (since 2015). S. Tomsone got qualification of medical doctor at Tartu University, Estonia (1994), later became one of the first occupational therapists in Latvia (1996, modified program of Occupational Therapy, Latvian Medical Academy).  After several years of practicing as occupational therapist in different areas of rehabilitation gradually she got involved in international research projects related to active and healthy ageing at home. In 2010 she defended dissertation “Aspects of Home and Healthy Ageing among Very Old Europeans: a Latvian Perspective” and got doctoral degree in medicine (Rīga Stradiņš University, Latvia). Has been postdoc at the Centre for Aging and Supportive Environments, CASE (2012- 2014, Lund University, Sweden) and developed long-term collaboration with this institution. Since 1996 has been involved in education processes at Faculty of Rehabilitation at Rīga Stradiņš University and currently leads the academic master programme “Rehabilitation”. Research interests: ageing from life course perspective, changes of functioning over the life time and strategies how persons adapt to these changes, different aspects of home environment and their influence on functioning of older persons, disability and health in different cultural contexts, multidisciplinary and mixed methods research. 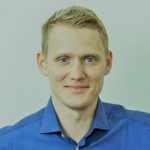 Rūdolfs Cešeiko – MSc, lecturer and PhD candidate at Riga Stradiņš University, Latvia. He is involved in developing effective rehabilitation programs for cancer patients in Latvia. A major turn in his carrier started while studying exercise physiology at the Norwegian University of Science and Technology (NTNU), where an understanding of how exercise physiology can be combined with oncology began. As a member of the Latvian Oncologist association, he actively educates society and cancer patients about exercise during cancer. 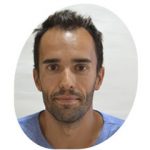 Pablo Vázquez Justes – BSportSci, MSc, PhD, studied Exercise Sciences and at the University of Barcelona, where he obtained his Master Degree in High Performance in sports training. He received his Ph.D. in Sport and Exercise Sciences in 2017. Currently, he is member of the Complex Systems in Sport Research Group (INEFC, University of Barcelona, Spain). The focus of his research is to study the effect of the accumulation of effort during exercise, and the pedagogical applications of the complexity theories in the physical education programs. Recently, he and other colleagues proposed a new marker for exercise tolerance based in the concept of hysteresis. Currently, he is working on the potential definition of a new collective variable that captures the enhancement of the correlation between arms during an exhausting exercise. At a professional level, he is physical education teacher and also endurance coach of amateur athletes including trail runners, cyclists and triathletes.